This book was one of the first of its kind to introduce and teach Indian classical music to a Western audience. Professor Elise Barnett came up with the idea to make this book based on the lecture series Ravi Shankar gave to her students in world music at City College in 1967. Over an intensive six week period Professor Barnett and a team including Mary Frances Dunham worked closely with Ravi Shankar to produce the recordings that accompany the lessons in this book. Mary Frances Dunham was involved throughout the process of this project as an advisor and associate editor. She also provided the Western musical notations that go with the recordings. 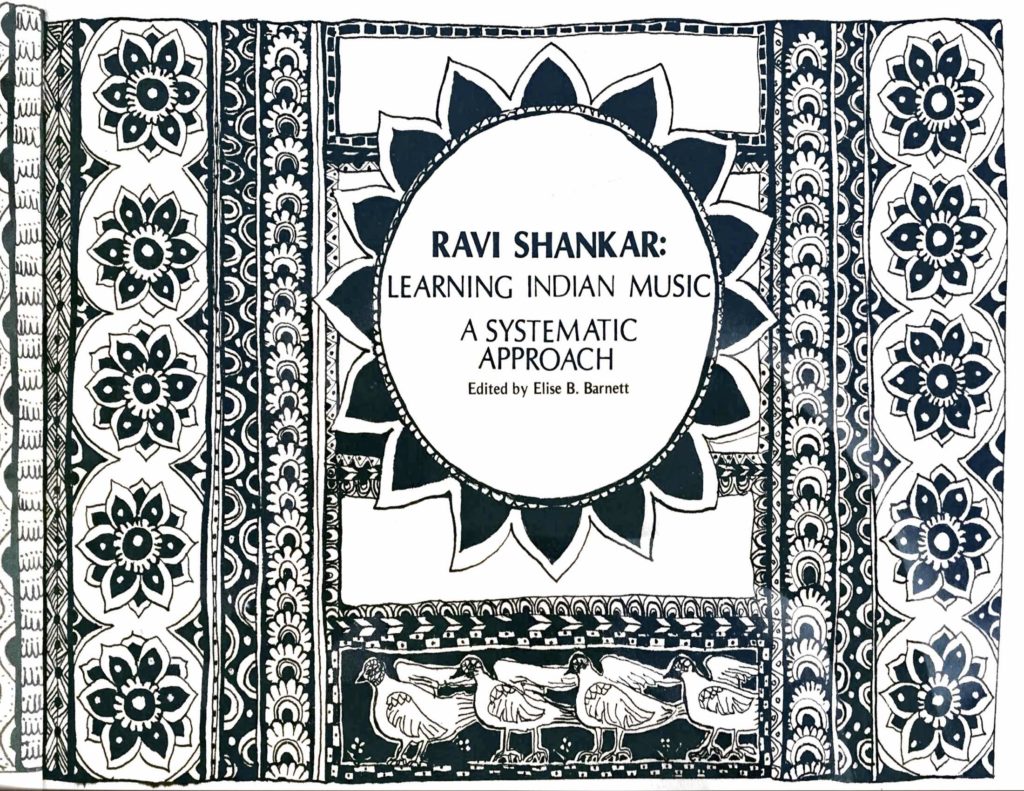 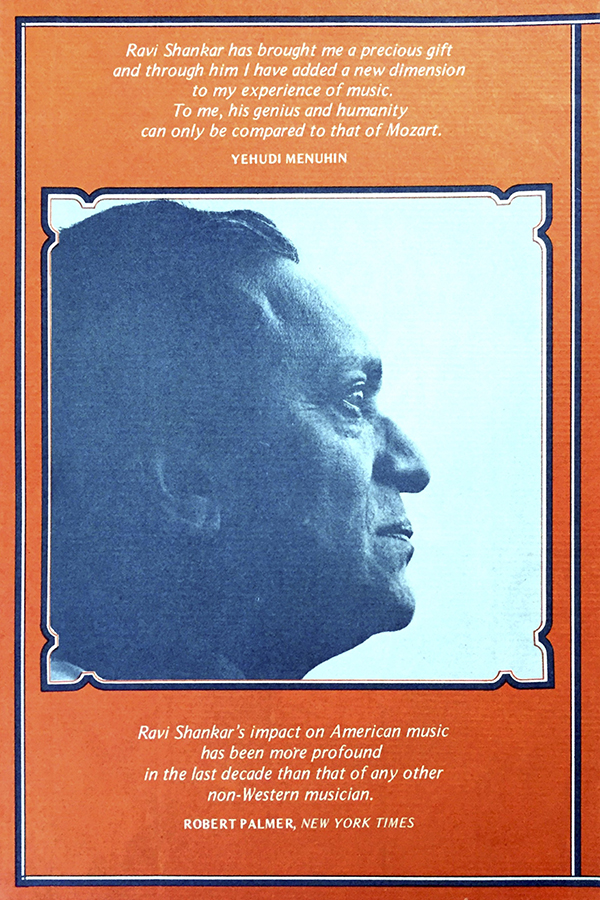 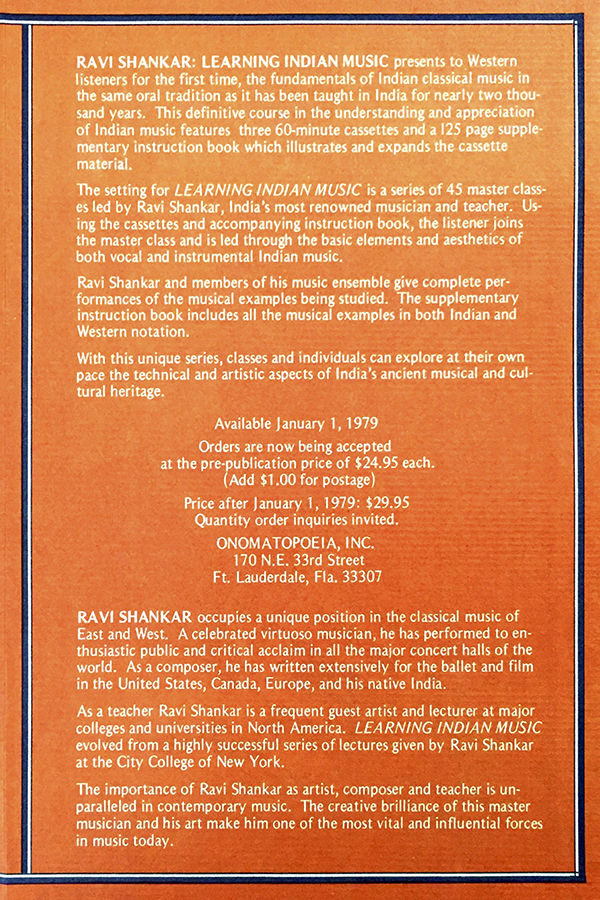 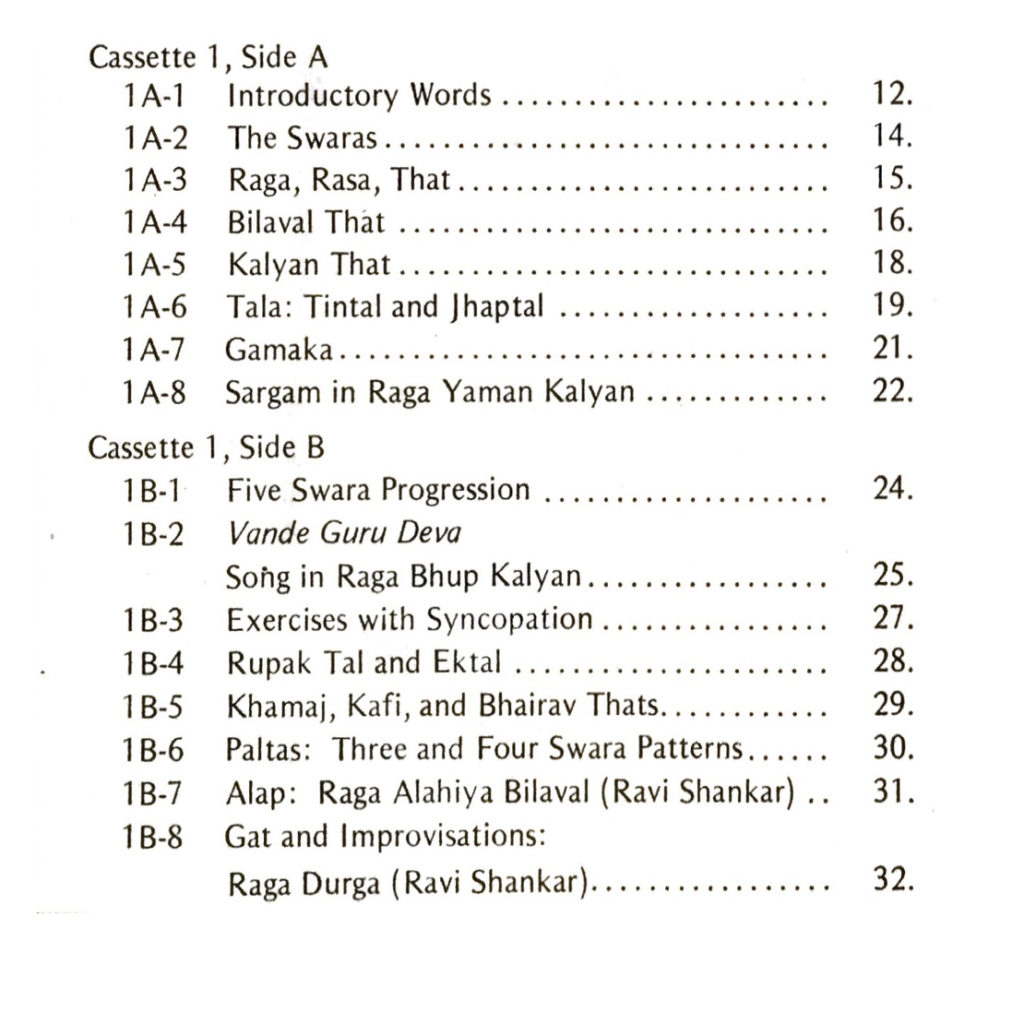 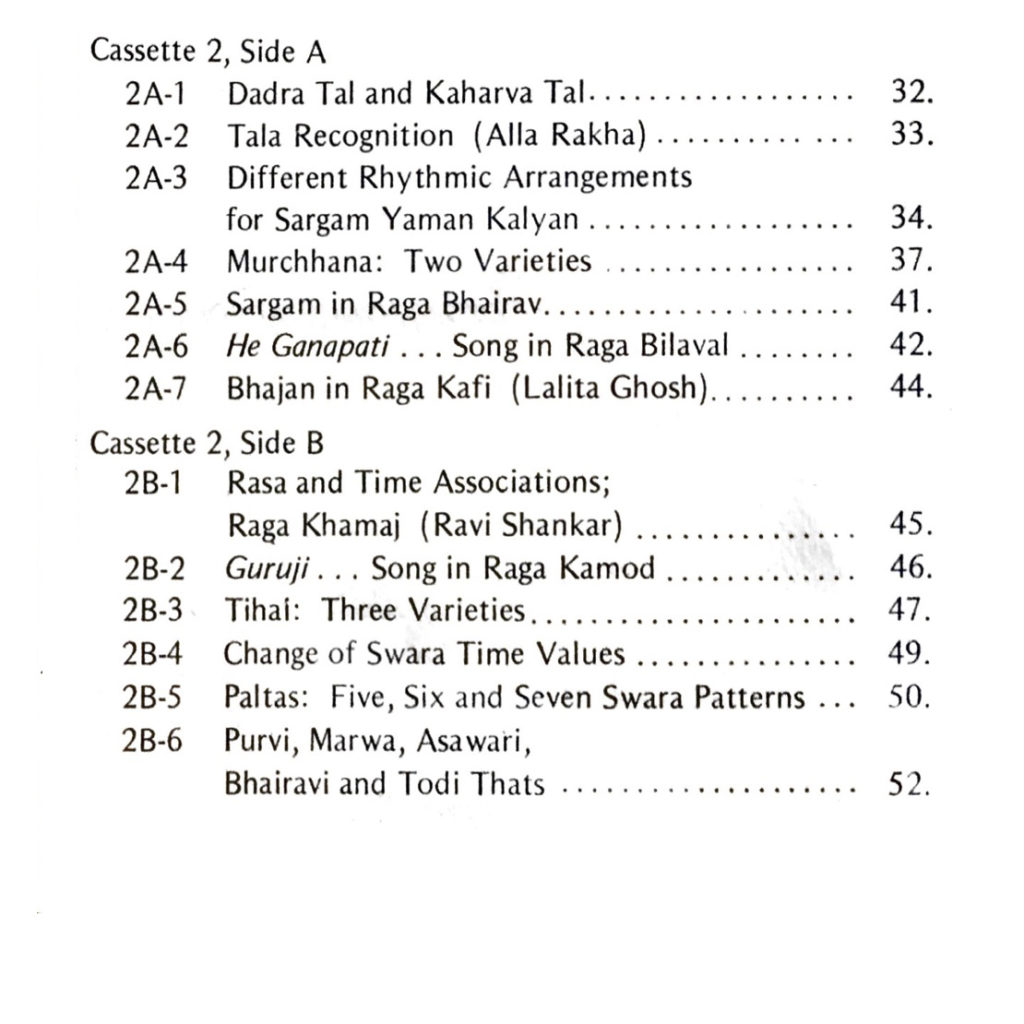 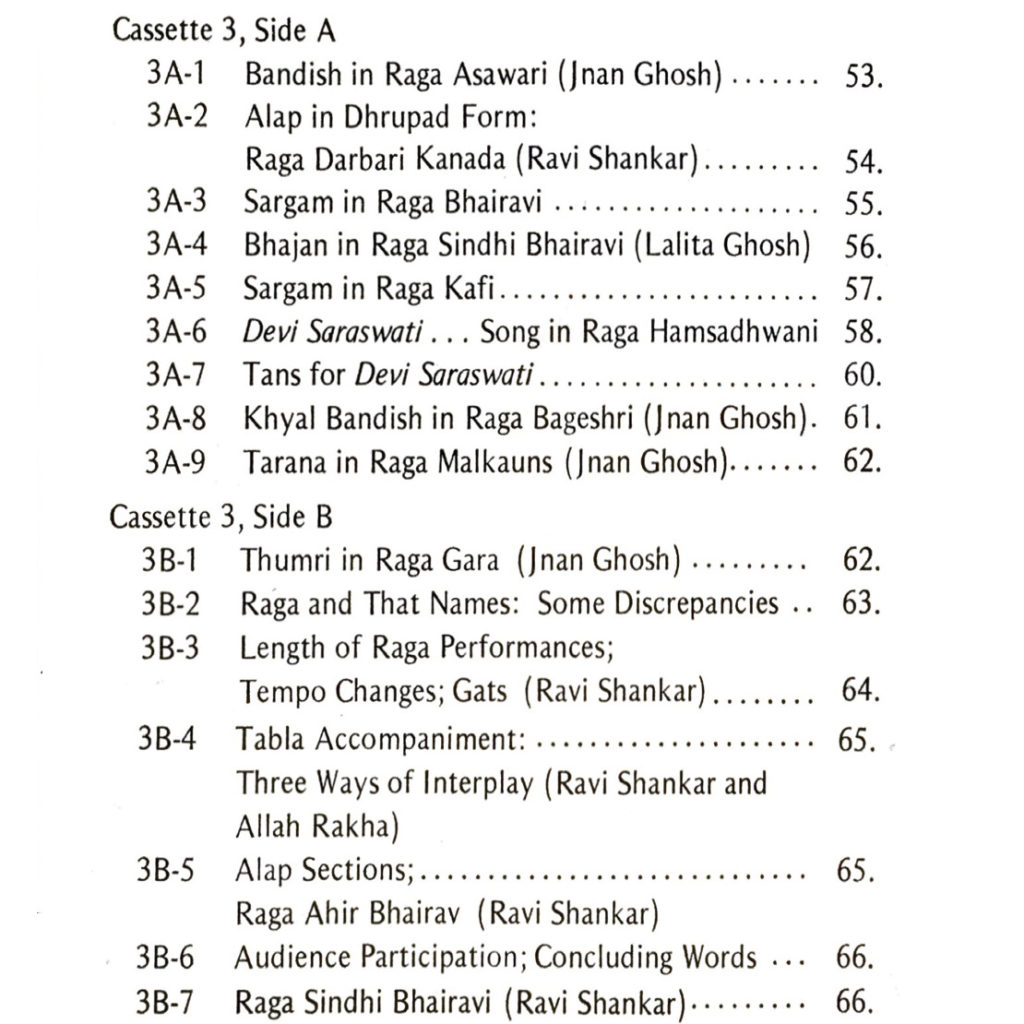 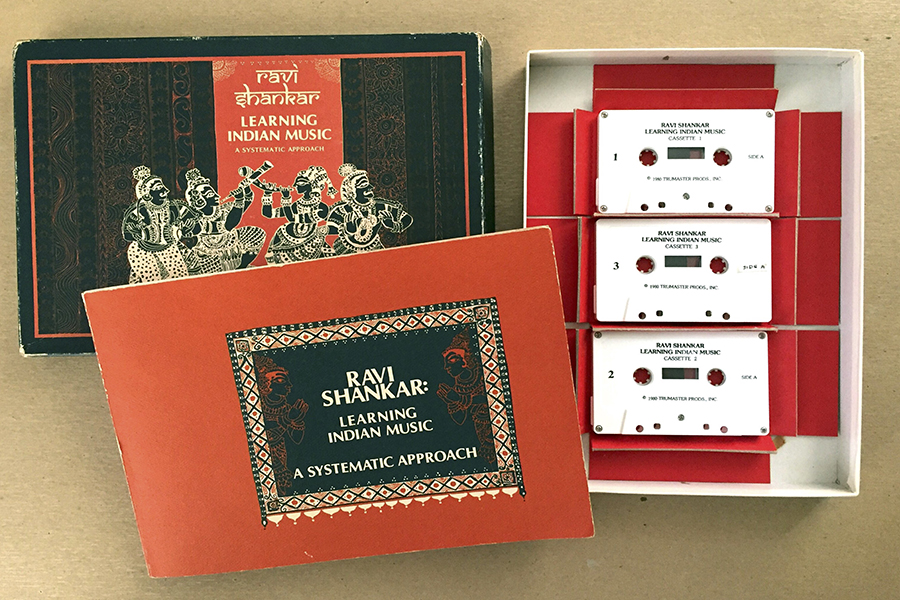 The following text was prepared for a radio interview with Mary Frances Dunham by Kobi Sammelan.

Question: What was it like to work for Ravi Shankar?

A little background history about my late professor friend, Lisl Barnett: At the start of WWII Lisl Barnett (then Braun), with her husband and small daughter took refuge in India, in Calcutta, where she was active as a pianist for All India Radio and as a Montessori teacher. Her daughter went to a British school where, by coincidence, my own daughter started kindergarten many yeas later.

During her time there Lisl met Ravi Shankar and they became friends. Years later, after Lisl and her family had settled in New York and she was teaching at City College, she asked Raviji if he would give some lectures to her students. He agreed and over six weeks of once-a-week sessions he gave lecture demonstrations which Lisl tape recorded. When I was helping Lisl working on a discography of Indian art music for the Society for Ethnomusicology, Lisl played for me some of the tapes.

We began discussing how the tapes could be preserved. Then we got the idea of inviting Ravi Shankar to re-do the course with improved recording technology and so that it could be accompanied by a manual: a kit of recordings and manual for introducing the basics of Indian classical music.

Raviji agreed and for several weeks he conducted sessions in his hotel room at Gracie Square Mansions where chosen students and his assistant, Sue Jones, conducted pre-organized classes which Lisl and I had suggested and Raviji had improved. The sessions were exciting because we were working so closely with Raviji and could enjoy his ever ebullient spirit and love of interchange with the “students” (actually professional musicians in some cases.) Although my assistance occurred accidentally through Lisl, I was actually quite prepared to help since I had a background in both Western and Indian music theory. When I tried to steer Raviji toward organizing the teaching more in line with a Western preference for formulas as opposed to long sessions of imitating music, he was always patient and understanding. I think we reached a good compromise in the organization of the course.

The kit was published in an attractive box containing three tapes and a beautifully illustrated manual. I have Raviji’s signature boldly scrawled on my copy and also boxes of scrap notes that we all made together as we planned the lessons. Lisl used to say that this was the high period of her life. It was a high period for me too.